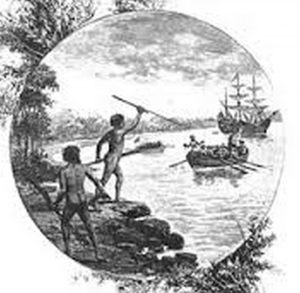 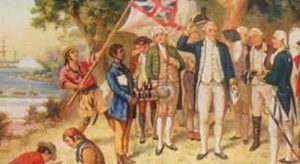 This is our stories, our voices, our history, some lore, some myths. 60,000 plus years of sunrises, sunsets, journeys. “Dreaming”. In 1770 when Cook first entered Botany Bay with Banks, and the lie of Terra Nullius began, there was anywhere from 300,000 to 1.7 million Aboriginal peoples in over 400 distinct groups, peoples, distinguished by unique names designating their ancestral languages, dialects, music, technology.

The beginnings of the Industrial Revolution in England, the American War of Independence, the East India Co. the loss of the American Colonies, and the English need for Masts, Flax and Hemp prompted the arrival in 1788, of Phillip and the First Fleet. This began over 100 years and more of Aboriginal war, disease, convict and others slavery. The Rum Corps, Banks, Bligh, John MacArthur. 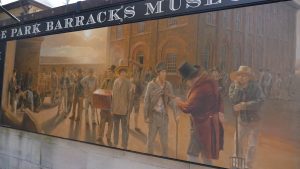 In 1807 slavery is banned in the British Empire! In Australia, it continued.